Although many businesses have been getting rid of Windows XP for at least the last 3 years, the fact remains that as of early this year, around 500 million business computers were still running Windows XP. While the witching hour for Windows XP is still a few months away (April 9, 2014), here are 7 of the top reasons running Windows XP should scare any business owner right now:

1. Tons Of Viruses.There is a huge library of viruses aimed at Windows XP and limited antivirus support still available. 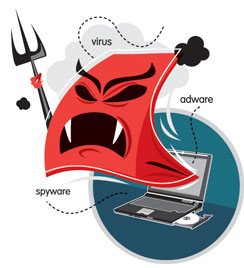 2. XP Is OLD (almost 12 years old!). The 1st iPod was released the same year as Windows XP. In a world where the 5th iPhone has been released, no one should be left using an O/S that pre-dates the 1st iPod!

3. Least Secure Operating System (By Far!). ALL other platforms, including Linux, all versions of Mac OS X, Windows 7 and Windows 8 are more secure than XP by a huge margin. Windows Vista is actually a far safer option (scary!).

4. Built For A Simpler Time. XP was created for a simpler world of technology. It was formatted to fit to a screen only 640 pixels wide, and it showcased IE6 as a new product. The internet was a different place when XP was developed. Smartphones were non-existent, laptops were a luxury and tablet computers were science fiction.

5. No More Band-Aids. Only so many band-aid fixes on top of each other can be effective.

6. Support Is Ending. All support of XP will end on April 9, 2014. It’s time to replace your systems now while you can plan ahead.

7. Malware Everywhere. You can continue to use XP, but with more malware than ever. XP is by far the most vulnerable platform to connect to the internet.

Our Free Service Call Will “Exorcise” The Ghosts, Gremlins And Goblins Causing Problems In Your Computer Network

Call us between now and Halloween (October 31st) and we will come out to your office for free and we will... 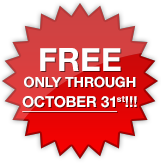 Important! We hate spam as much (or more!) than you and promise to NEVER rent, share, or abuse your e-mail address and contact information in any way.

Before coming to Jexet Technologies, I used several IT persons to manage my computer system. This turned out to be a big mistake because there was always one problem after another in my office, and there was no consistency to my system.

I have had my dental practice for almost 25 years in South Holland, Illinois. Our Office do implants, whitening, bridge work and dentures. I also have advanced training in orthodontics including the new invisaline techniques.