A Backup Plan You’re Sure To Fall In Love With 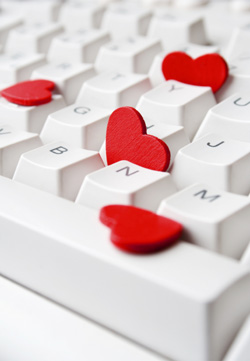 In today’s fast-paced, data-driven world, backups are mission critical to your company’s survival and success.

Yet your data may be just one damaged drive, lost laptop, natural disaster, accidental deletion, malware attack, equipment failure, power spike or petty theft away from a profit-sucking, heartbreaking disaster.

So what measures must you take to keep your data safe, secure and where you need it, when you need it? While there’s no one-size-fits-all-guns silver bullet, there are some general principles to be aware of.

An image-based backup or “clone” serves like the spare tire for your car. If you get a flat, the spare will get you to a tire shop.

If the hard drive on any device in the network goes kablooey and its user is in a time crunch to complete a project, an image-based backup allows them to get right back to where they were. It saves all files, apps and settings that were on that device, exactly the way were at the time of the last backup. And generally, that means the user can get right back to work with no need to reconfigure everything all over again.

But, just as a spare tire isn’t designed for long road trips, an image-based backup may not perform as well as the original drive. It may, for instance, take a little longer to access data from the server, slowing down user workflow.

An image-based backup will be useful only to the extent that it has backed up data recently. For servers, daily or even multiple backups per day are recommended.

Archive backups don’t replace image-based backups, but are an efficient way to reduce the size of these backups because they take less-frequently-used data off the main computer or server.

You can’t reboot from an archive, but if you’ve accidentally deleted a file, you can retrieve it from an archive. If any device on the network goes down, you can simply plug the external hard drive into another computer and regain access to the archived files.

Backing up to the cloud can serve as an alternative to a rotating off-site backup and eliminates the human component of having to remember to rotate drives. However, for complete protection, you’ll want a cloud backup that makes a nightly copy of the image-based backup files. Should the absolute worst happen, the cloud backup image can be “spun up,” allowing access to your applications and data using just about any computer or tablet.

Automated cloud backup systems offer a variety of feature sets. Some only back up files, while others back up entire image-based backups and can even spin them up. Select a system that’s simple, continual, fast, secure, easy to restore from, inclusive of different devices and operating systems, cost-efficient and, most importantly, provides the kind of protection and redundancy you need for your operation to run even if things go south.

So, can you rest assured that your company’s backup system is built to minimize downtime in the event of data loss or equipment failure?

If you’re 100% certain you can answer yes, congratulations – you are one of the few! If not, NOW is the time to take action – rather than after you wish you had.

Don’t put this off another minute! Contact us right now through the end of February to claim your free Backup System Audit. Let us make sure your backup system never lets you down. We can fix broken computers but a broken heart is another thing entirely... Call TODAY!